Meet Some of Our Staff, Interviewed by Our Seniors!

Tim Harrison is the Music Teacher. He likes to teach all the instruments, but enjoys teaching the brass instruments more because his primary instrument is a brass instrument. WHS is the first school for his teaching career. In fact, his first year at WHS counted as his student teaching for his degree.  He also speaks Korean as his second language. He accepted the job offer to teach at WHS because he was looking for a school to complete his student teaching and be considered a full time employee. He found WHS from a professor and turned in an application. He also loves the area and the school. Mr. Harrison got into music by starting as a music performance major, but later switched to Music Education when he saw the joy his professors had in helping students succeed with their music. So really, teaching music is the best way for him to enjoy both what he loves and helping others find how music can help them. The hobbies Mr Harrison enjoys are golfing, reading, baking/cooking, hiking, and composing music. His two favorite composers are Dimitri Shostakovich and Frank Ticheli. Throughout Harrison’s childhood and going to college, he pursued architecture as his career. He is also into physics and engineering, but never considered those as career options.          By: Nicolas Howell

Here is a little bit about Ramsey Seweingyawma that most people do not know. He changed his career and degree choices a couple times: from a psychology degree, to a more scientific degree, to engineering. This is where he felt more comfortable and went through some of the programs. He thought he would finish his degree for a Bachelor’s in Engineering, but did not really feel like an engineer at the end. Moving on, he started helping younger people at Arizona State University. This made him inspired to be a teacher, mostly for loving math. One of his favorite things about teaching math is the progress of seeing a student hate math to later on when they realize that math was way more than just calculation and they started to really understand and enjoy math as they built their skill.                         By: Leyonah Endischee

2.     Pull up to the curb directly in front of the flagpoles when dropping off scholars between 7:50-8:20 am. In this way, scholars will not be crossing in front of a moving bus.

3.     The best location for scholars to get into a parent’s vehicle after school is on the east side of the building, near the pine tree. This is the scholar parking area. After pick-up, please exit the parking lot through the east gate to avoid the bus lane.

NOTE: Any scholar who is driving to school, needs to have a WHS Parking Permit on their vehicle mirror. The Parking Permit is obtained through the office of Assistant Principal. There is a short application and scholars must provide vehicle registration, driver’s license, and proof of insurance.

The Class of 2022 had their Sophomore year cut short. Despite the challenges they faced during distance learning, they came back ready to learn and finish their last year of high school.

Nicolas Howell the first Senior in this month’s spotlight. Nicolas is proud to have accomplished a year of virtual remote learning. He has learned his motivations and inspirations to move forward. Nicolas has a plan cooking up for him after he graduates high school. His ambition is to start working so he can study culinary arts. After culinary arts school, he wants to open up his own restaurant. Nicolas is feeling excitement and anticipation leading towards graduation. He is also sad to be closing a chapter of his life.

Amos Nocki Jr has a lot of things on his plate this year. Amos finds ways to keep himself occupied. He is on the football team, a member of the HOPE Squad, and on the Honor Roll list. He is diligent when it comes to his academics. He does his best to stay on top of his school work. Amos is not afraid to ask questions to further his knowledge. He plans on studying computer programming at Fort Lewis College. In addition to academics, he hopes to continue pursuing football as well.

“First of all, we did it and that’s something to celebrate!” So far senior year has been treating Kyle Little well. Kyle explained when it comes to academics, he enjoys being productive because he knows his hard work will pay off. Kyle is an experienced leader and team player. Whenever there is a class project, he is willing to hear the ideas of his team. Kyle values respect between him and his peers. He plans to forward his education after high school. He has a promise with himself to take his education as far as he can. “Never give up, I believe in myself, and I am my own motivation.”                                                  By: Kiley Scott

As I’m sitting here on the cool, steel bleachers, the sun starts setting behind the clouds. The clouds are looking like a small wave and seems to be perfect timing. When the stadium lights turned on, the Ignacio Bobcats were points ahead of the Raiders. Everyone loudly cheered for their team and cars horns were honking. By half time, the wind was roaring. At the end of the game, the coach and football players met on the field to get ready for the next game, which is in Dolores on October 1. We had an opportunity to run a short interview with the football coach, who responded, “When you have a real young team like we do, it is hard to really push them because the younger guys are trying to keep up with the older ones. It takes time, but what I like is they put a lot effort into it.” One senior told me, “My brothers in the family joined football and I have taken advantage of playing football like my brothers. It's a family tradition to play football.”                                                                       Photo and story by: Davial Filfred

Coach Andrae Beard, the new head football coach, is originally from a small town called Cameron, Arizona. He attended Grey Hills Academy in Tuba City. Beard held the position of Assistant Coach for Whitehorse in 2019 when he assisted Coach Elliot Benn. Andrae says that he has a pretty young team, meaning there are more underclassmen involved this year, so it's a learning process. He says football is not all about one player, but rather about building leadership and learning how to be a team. He also stated that trying is the best way to become an excellent football player. “The ones who try, can make themselves become an excellent player out on the field.” Coach says the part that gets him most excited is getting to watch the young ones learn how to play the game properly.                                     By: Kolela Benally 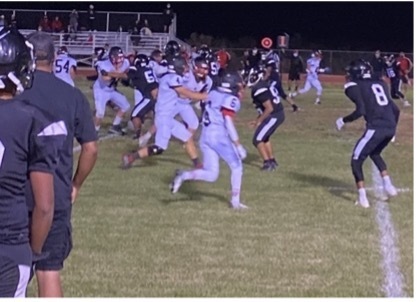 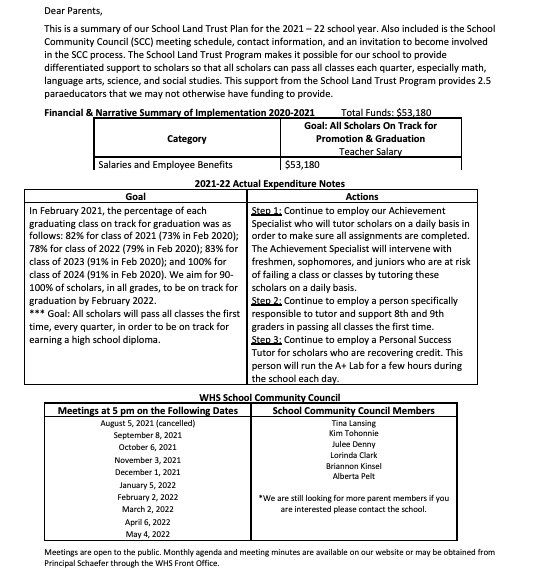